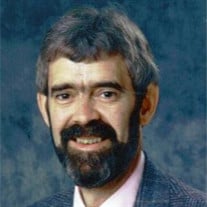 William Alan Light, 71, of Bluefield, West Virginia, passed on Thursday evening, August 15th at Princeton Community Hospital following a long battle with a chronic and debilitating disease. The middle child of five, Alan was the second son of the late Janie Poteet and Herbert Woodson Light of Bluefield. Alan is survived by his wife of forty years Ellen Peters. He is also survived by his son, William Alexander of Richmond. Additionally, Alan leaves behind two granddaughters, Audrey Elizabeth Light, daughter of late son David Asher, of Bluefield, and her mother, Lauren Ould of Huntington, WV, and Lucy Emmeline Page Light, daughter of Alex Light and Emily Cook and step-sister, Anna-Neale Houck, of Richmond. Upon becoming a grandfather, Alan officially became to all, “Poppy.” He was so proud of the title! Alan’s siblings and spouses all survive him. They are Janet Holman and husband Richard of Denver, CO; Jim and Diane Light of Basalt, CO; Laura and Frederic Guyonneau, Roswell, GA; and Katharine and Richard Sexton, Bluefield, WV. Light family nieces, nephews and cousins are scattered across the country and the globe. He was also an honored member of the Peters Family whose annual Thanksgiving Reunion at Pipestem State Park was a highlight of Alan’s year. Alan attended public school in Bluefield until the ninth grade after which he boarded the Greyhound bound for Chattanooga, Tennessee and the McCallie School for Boys from which he graduated in 1965. Returning home after that, he attended Concord College and Bluefield State until volunteering for military service in the Army National Guard. Work with Citizens Savings and Loan and Guard Duty followed until he moved to Atlanta in 1970 to complete his Bachelor’s Degree in Business Administration from Georgia State University. In 1977, he returned to Bluefield to accept an offer to join Citizen’s Insurance Agency. Here he remained until they were purchased in 1988, by Flat Top Insurance Agency. Alan worked there until opening his own business, Professional Insurance Services, in 1994. He was active in his business until his death. Alan was devoted to his church, community and family. Born into the First Presbyterian Church of Bluefield, as an adult he served as an Elder and Trustee. He had been the church’s Treasurer for longer than anyone can remember. Alan also served on the Boards of Directors of the Davis Stuart Home and the Bluestone Camp and Retreat. He had recently served on the Presbytery’s Stewardship Committee. A prominent member of our local Elks Lodge No. 269, he was currently Chairman of the Board of Trustees. Over his 42 years of membership, he had been the Exalted Ruler (local president) and District Deputy to the Grand Exalted Ruler (a position reporting to the national president). He was a mainstay at the local lodge. Hardly a one-dimensional person, Alan began working with Summit Players upon his return to Bluefield. He enjoyed his time on the stage and appeared in wide-ranging roles including “The Wicked Witch Grethel” in the “Rapunzel” vignette of Fractured Fairy Tales, then, later, kept the action going as the knowledgeable poker player in The Odd Couple. A talented, yet reluctant tenor, Alan was also a member of Summit Singers. Some of Alan’s most endearing qualities were the kindness and devotion he had for his wonderful family. Whether they were Lights or Peters, the family came first. He was always thoughtful and acted for those above self. Sadly, realizing that individuals of his ilk are truly rare, all who knew him will miss our beloved Alan and will mourn his loss. There is comfort, though in knowing that another saint has passed through those glorious gates. Services for Alan Light will be held Wednesday, August 21 at First Presbyterian Church, 208 Tazewell Avenue, Bluefield, WV 24701. Visitation will begin at 1:00 p.m. in the Church Parlor. The Service will begin at 2:00 p.m. with the Rev. Dr. W. D. Hasty presiding. In lieu of flowers, contributions may be made to the church’s Janie and Herbert Light Congregational Care Fund or to the church’s Capital 225 Fund (a capital improvement fund). Those wishing to share memories or condolence messages with the family may do so by visiting www.MercerFuneralHome.com Mercer Funeral Home & Crematory is serving the family of Mr. Wm. Alan Light.

The family of Wm. Alan Light created this Life Tributes page to make it easy to share your memories.

Send flowers to the Light family.