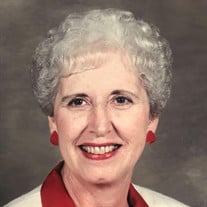 Martha Jane Chudina, 91, of Clemmons, N.C., formerly of Bluefield, Va., passed away on Saturday, Oct. 9. She was preceded in death by her husband of 46 years, Frank Chudina, in 1999; her parents, Irsel and the Rev. Lindsay Burton; and her brother and sister-in-law, the Rev. Lorne Burton and Mary Burton. She is survived by one son and daughter-in-law, Jack and Tina Chudina, of Greeneville, Tenn.; one daughter and son-in-law, Carol and Danny Spence, of Clemmons, N.C.; three grandchildren, Allison Chudina, Kristen Sorrell (John Sorrell), and Kimbery Spence-Jensen (Lee Jensen); six great-grandchildren, Hannah, Rebekah, Isaac, Eve and Lucy Sorrell, and Zion Spence-Jensen; two sisters-in-law, Dorothy Chudina, of Kodak, Tenn., and Martha Faw, of Roanoke, Va.; three nieces and six nephews, and a special caregiver, Yolanda Couser. She was born in 1930 in Handley, W.Va., and was a graduate of Stonewall Jackson High School in Charleston, W.Va. She was named to the National Honor Society her senior year, and also the Quill and Scroll, a journalism honor society. She was co-editor of the yearbook her senior year, and was also the president of the Future Business Leaders of America. She was active in the Y-Teens, the Troupers, and the Social Studies Council. She was also in the band, and played the cello and piano in the orchestra. She was a graduate of Morris Harvey College, which is now the University of Charleston (W.Va.). She graduated Magna Cum Laude with a Bachelor of Science Degree in Secondary Education. She was named the Secretary/Treasurer of the student body her senior year, and was president of the Alpha Mu sorority. She was also a member of the Choir, the Wesley Foundation, and Who’s Who in American Colleges. She worked for the Vice President of the college, and also worked for the Red Cross for three years. After graduating, she taught Business and English classes for 16 years. She taught in many schools, including Gary Junior High School, Elkhorn Junior High School, Northfork High School, and the Vocational Department of Mercer County, all in West Virginia; Tazewell (Va.) High School and the Executive Secretarial School in Bluefield, Va. She was inducted into the Delta Kappa Gamma Teacher’s Honorary Society in 1977. She retired from teaching to work with her husband for 20 years as the bookkeeper for a family-owned business, Swift Mart Inc., in Bluefield, Va. She was a woman of strong faith, and was active in several United Methodist churches in the Bluefield area during her life. She was a member at Bluewell (W.Va.) United Methodist Church for 12 years, where the Burton Fellowship Hall is named after her father. She was a member of the Laura Wheeler Circle, and helped teach the Loyalettes Sunday School class. She also sang in the Chancel Choir. She later moved to Virginia Avenue United Methodist Church and First United Methodist Church in Bluefield, Va., where she served on the Administrative Board and sang in the Chancel Choir. In 1983, she became a member of Edgemont Baptist Church in Bluefield, W.Va., and was a member of the Anne Vencill Circle and the Ladies Sunday School Class. In her later years when she was no longer able to attend church, she moved her membership back to her “church home,” Bluewell United Methodist Church in W.Va. She was an avid lover of flowers and was very knowledgeable about their care. She grew many varieties around her home and yard, petunias being her favorite. She was also a good cook, and passed down many family recipes. She also found great joy in playing the piano and listening to music. A visitation will be held Saturday, Oct. 23, from 1-2 p.m. at Bluewell United Methodist Church. A memorial service will follow at 2 p.m. with the Rev. Melissa White officiating, followed by interment in Woodlawn Memorial Park mausoleum in Bluewell, W.Va. If you are attending and prefer to wear a mask, please feel comfortable to do so. Pallbearers will be nephews and grandsons-in-law. Flowers are welcome, but those who wish may make a memorial to Bluewell United Methodist Church, 228 Warden Ave., Bluefield, WV, 24701; or Edgemont Baptist Church, 2507 Jefferson Drive, Bluefield, WV, 24701. Those wishing to share memories or condolence messages with the family may do so by visiting www.MercerFuneralHome.com Mercer Funeral Home & Crematory is serving the family of Martha Chudina.

Martha Jane Chudina, 91, of Clemmons, N.C., formerly of Bluefield, Va., passed away on Saturday, Oct. 9. She was preceded in death by her husband of 46 years, Frank Chudina, in 1999; her parents, Irsel and the Rev. Lindsay Burton; and... View Obituary & Service Information

The family of Martha Jane Chudina created this Life Tributes page to make it easy to share your memories.

Send flowers to the Chudina family.