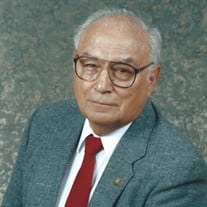 Leo Jackson White (Jack), 97, passed away April 9, 2021, at Stonerise Princeton. Jack was born in Bluefield WV, the youngest child of Jesse and Laura White. Jack graduated from Beaver High School in 1942 and joined the Army Air Corp, serving four years during and after World War II in England and France. He graduated from West Virginia Wesleyan in 1949 where he was on the football team. He received his Master of Science degree in Physical Education from West Virginia University in 1950, then his Administrative degree from WVU in 1969. He taught and coached at Beaver High School for four years, then taught and coached football, basketball, and track at Gassaway High School from 1955 until 1967. People in Braxton County still call him Coach White. While in Gassaway, he managed the city pool for nine years and made sure every young person in town learned how to swim. He returned to Bluefield where he taught in the Mercer County Schools, was Vice-Principal at Bluefield High School, Principal at Central Junior High, then finished his long career as an educator as the Mercer County Coordinator of Distributive Education. He served a term as President of the Mercer County Education Association and also was a delegate to several National Education Association meetings. Jack loved sports, especially his beloved Bluefield Beavers and the WVU Mountaineers. He was kind, thoughtful, and generous. He had only good things to say about everyone. His biggest fault was telling jokes that elicited groans and rolled eyes, and he always had a new one. He loved his family, especially his three granddaughters. Jack was an active member of Trinity United Methodist Church, was a certified Lay Speaker, and served as a delegate to the West Virginia Annual Conference at WV Wesleyan. He was a member and officer of the Bluefield Lions Club. He served his city as a member of the Bluefield Public Housing Authority. He was on the Board of Directors for the “Bible in the Schools” committee for many years. He enjoyed helping with the Lions’ Club Pancake Breakfasts and the WV Coal Show. He also took pride that he could move people through the ticket booth line at Mitchell Stadium for a Beaver game faster than any other ticket salesperson. The family thanks the staff at Stonerise Princeton for their loving care this past four years. He was married to Louise Brewer White for 55 years. He is survived by daughter Barbara Foster and husband Bob of St. Albans WV, son David White and wife Ann of Henderson KY, daughter Martha Horne and husband Justin of North Chesterfield, VA, and three granddaughters, Robin Foster of Brisbane Australia, Julie Foster of New York City, and Pamela Horne of North Chesterfield VA, and several nieces and nephews. Funeral services will be conducted on Friday April 16, 2021at 2:00 p.m. from the Mercer Funeral Home Chapel with Craig Hammond officiating. The family will receive friends on Friday from 1:00 p.m. until the service hour. Memorial contributions may be made to Trinity United Methodist Church or Union Mission of Bluefield. Those wishing to share memories or condolence messages with the family may do so by visiting www.MercerFuneralHome.com Mercer Funeral Home & Crematory.

The family of Leo Jackson "Jack" White created this Life Tributes page to make it easy to share your memories.

Send flowers to the White family.